Friends of Muttville was established to create a network of San Francisco Bay Area chapters of professional, aspirational and strategic men and women dedicated to introducing new supporters to Muttville, and to increasing support of Muttville's mission through fundraising, cultivation events, and awareness activities.

Friends of Muttville launched officially in late September 2018 with the first meeting of the Silicon Valley Chapter.

Members of the founding Chapter are dedicated to Muttville's mission and vision, and to spreading Muttville's message throughout the SF Bay Area ... and beyond. Activities include awareness events and projects, fund-raising efforts, and the development of a transferable model of Chapter structure and substance so that future chapters may be established successfully.

Donate to Muttville through Friends of Muttville

Nothing is scheduled right now, but we’re always working on new, fun ways to help and celebrate Muttville, so please check back. 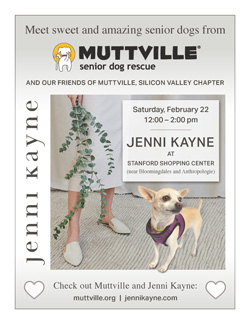 On a crisp, sunny Saturday afternoon, Friends of Muttville's Silicon Valley Chapter joined Muttville in an outreach/adoption event hosted by one of the Center's premier shops - Jenni Kayne. 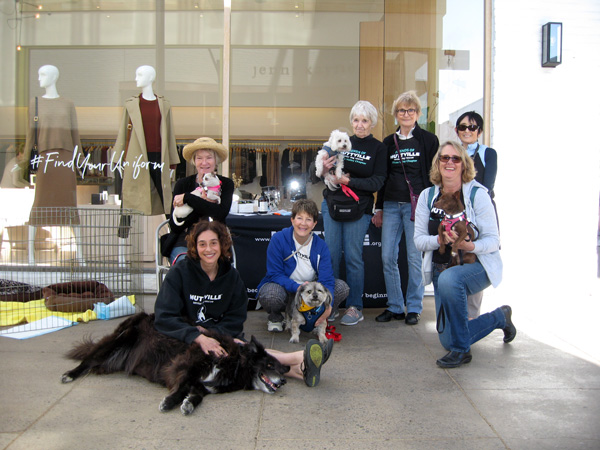 Agatha, Pink, and Round Boi - all so new to Muttville they had not yet appeared on the official website - debuted in grand style. They were joined by veteran Muttville alums Charlie and Lonny (aka "the bear"). This cast of canine stars exerted a magnetic pull on passers-by who stopped to chat, and to give much appreciated mutt-tummy rubs.

Members of Friends of Muttville Board made their directorial debut at Muttville's 2019 Senior Prom - the Golden Age of Hollywoof - where they rubbed elbows with "Marilyn Monroe," "Charlie Chaplin," "Audrey Hepburn," "James Dean," and other members of cinema's glitterati.

In full director attire and armed with requisite megaphones, cameras and clipboard, they were on the prowl for the silver screen's next big stars ... which turned out to be none other than the Mutts! 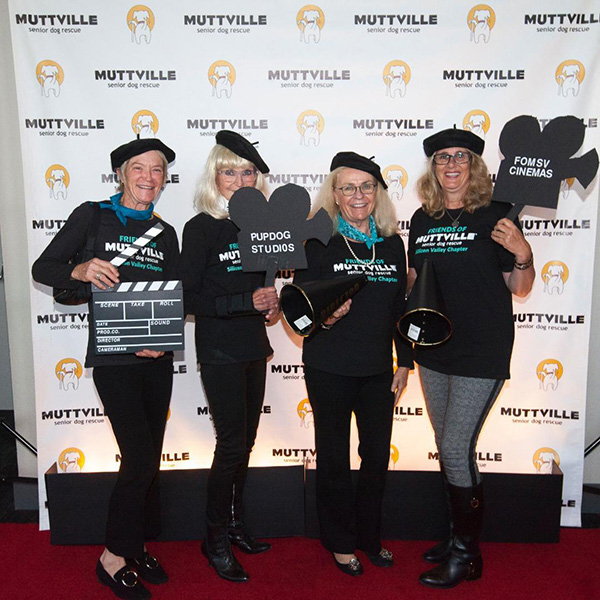 Every Pooch a Winner at Mutt Strutt!

Mutt Strutt Super Heroes Dog Show saw mutts of all shapes and sizes, some of which were members of a dog/"significant human" team while others joined the audience of over 100 spectators to cheer on their favorites in the competition.

The main event of the day was the Super Heroes competition, where more than 35 dogs participated in many categories. Attendees witnessed amazing displays of canine talent in contests for best super hero, best belly rub, best trick, best strutt, best smile, best bling, best formal attire, and best hair. Prizes were awarded for best in each class, as determined by audience applause. 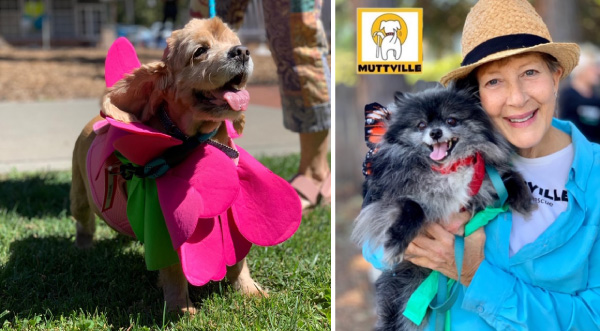 The event began with music and fun games such as "Ring Around the Fire Hydrant" and "Bean-Filled Poo Bag Toss." Muttville founder Sherri Franklin spoke about Muttville and introduced several Muttville dogs that were available for adoption.

"Friends of Muttville was founded less than a year ago, and Mutt Strutt Super Heroes Dog Show was our public kick-off," said Woodside resident Mary Ancell, founder of the auxiliary and president of its Silicon Valley Chapter. "We are really pleased by the good turnout, which was helped by good location, good weather, much pre-event publicity, and the promise of new Muttville supporters.

"The community's response was amazing. While Mutt Strutt was open to the public at no charge, it nevertheless generated initial support of over $2,000. And there are pledges still coming! 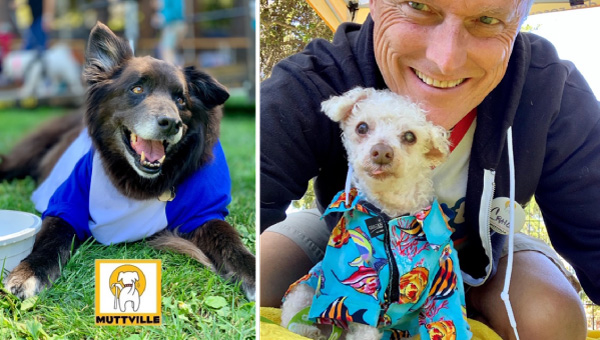 "And perhaps best of all, there are likely to be two adoptions because of the event!" 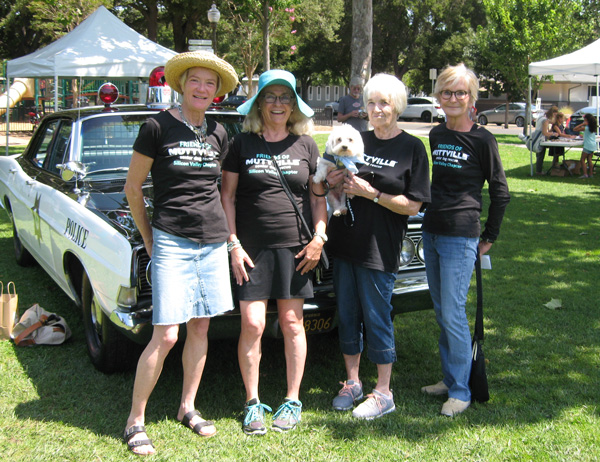 Chapter members were delighted to find many attendees who were Muttville adopters or fosters, others who had heard about the organization and wanted information, and still others who were being introduced to Muttville for the first time. 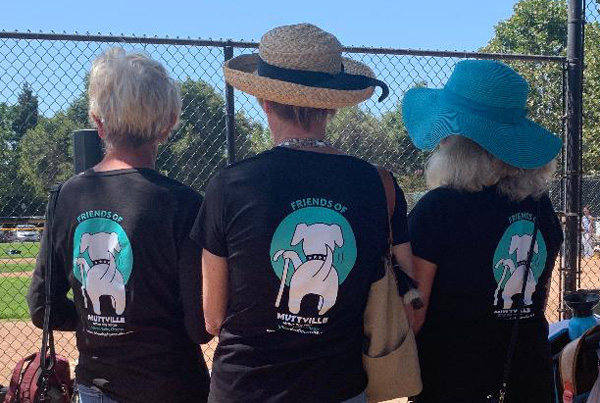 Friends of Muttville plans to participate again in this enjoyable community event. This time with our own booth! Stay tuned ...